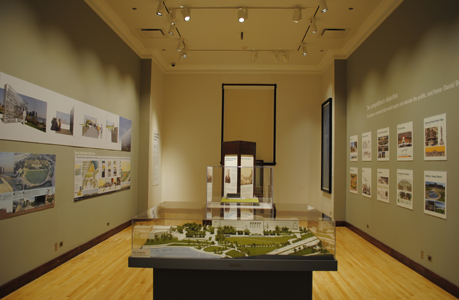 Compared with tungsten halogen, LEDs provide energy and maintenance savings. LED efficacies and useful lifetimes are higher than that of halogen lamps, eg for the Xicato Artist Series modules up to 40lm/W (depending on drive current) and 50k hours (to an expected 15% depreciation) respectively. Life is important in terms of maintenance costs, but also ruggedness is critical bearing in mind the effects of continuous luminaire repositioning as exhibitions are changed. Dependable reliability is needed for peace of mind against the tarnishing of an establishment’s image that would follow failures -more of a consideration than normal if the failure is contributing not just to an ambience but to the perception of a work of art.

Additional advantages compared with halogen lamps include the lack of UV which can cause deterioration of some materials, and IR, which causes heating (which will further effect material deterioration).

The above advantages of LEDs have already led to their wide uptake in non-light sensitive areas, and for the first time also in display areas. Questions have been asked about their usage in the latter areas owing to Spectral Power Distribution (SPD) related issues1,2. These questions concern impairment of human color discrimination and impairment of light sensitive materials. These issues are fundamental and will be dealt with first.

Fundamental issues: suitability of LEDs for museum lighting in terms of color discrimination and impairment of light sensitive materials

LED sources have previously been evaluated for their suitability in museum lighting by Mie ISHII et al in 20071. Tests for effect on color degradation of different natural dyes and different blue scale standards (the index of light color fastness for dyed fabrics) were carried out with different LED technologies and an accumulated exposure time of 150000lx.hr (a CIE standard for light fugitive materials of medium responsivity3 ). The main findings were that particularly single phosphor LEDs of a high CCT (over 4000K), especially if there are abrupt peaks in the spectrum around 400 – 500nm, have a greater effect on the fading of yellow dyes or blue scale grade 1 and 2 standards than that of museum fluorescent lamps (NU).

Another issue highlighted by Kronkright1 involves the effect of a non-continuous spectrum on an accurate perception of a work of art.

The above observations and cautions were relevant with the phosphor corrected LEDs of the time. Advances in the light quality of LEDs and LED modules, particularly LED modules with a separated and tuned phosphor, not only overcome these shortcomings but present a solution on a par with halogen lamps. Specification points to be certain of in this respect include:

In figures 1 to 3 the Artist Series module from Xicato, which uses their patent pending “Corrected Cold Phosphor Technology”, is compared with traditional light sources in terms of CRI and halogen and standard phosphor corrected LEDs in terms of a SPD analysis, to demonstrate how the above weaknesses are solved. Figure 4 shows an application demonstration of the Artist Series module alongside tungsten halogen. 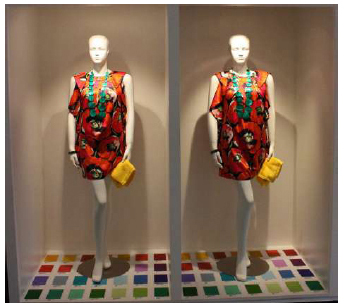 LED usage for museum and gallery lighting: the wider picture

Having dealt with the above fundamentals, there are a number of other reasons why LED solutions such as the Xicato’s Artist Series module are ideal for museum and gallery lighting. 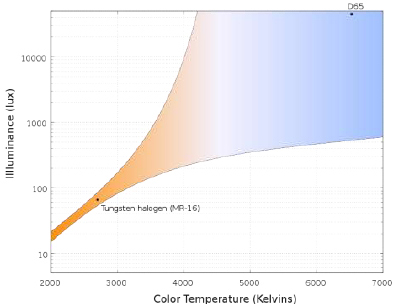 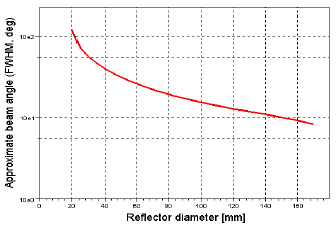 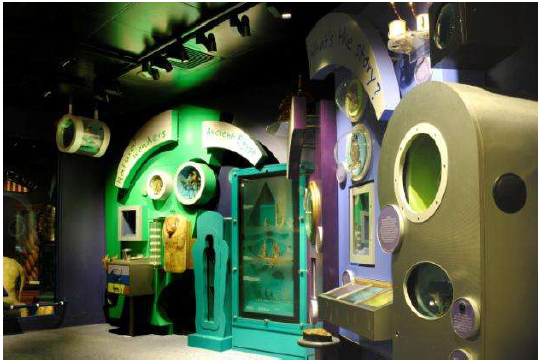 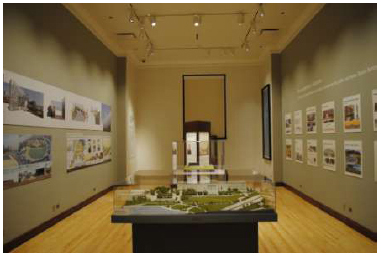 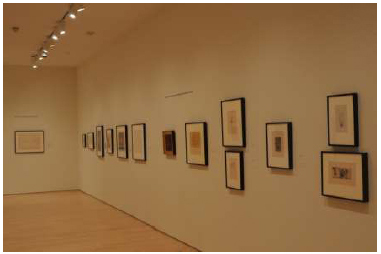 * No conservation limit but there may be adaptation, visibility or heat effects if high light levels are used on irresponsive items.

To Kevan Shaw of KSLD, Prof. Dr.-Ing. Heinrich Kramer, FPLDA of LICHTDESIGN-Ingenieurges.m.b.H. and Dale Kronkright of The Georgia O'Keeffe Museum and Research Centre for pre-publication reviews of this paper.

Dale Kronkright, Head of Conservation at The Georgia O'Keeffe Museum and Research Centre

Having reviewed this article and seen Xicato’s Artist Series module I agree that in this instance the problems I highlighted in my letter (reference 1 above) have been well addressed. I would go so far as to say that this remarkable LED module holds a bright beacon of hope for the future of SS lighting. I must however lay down a warning that from my experience it is far from being the norm in the LED lighting field and vigilance in specification is called for to avoid great potential harm to light sensitive materials. Xicato’s Artist Series module does lead the way in our industry and I hope others will follow and museum and gallery lighting can enjoy the energy and maintenance savings of LEDs with no drop in viewing standards or worries about exhibit damage.

My office having completed over 30 museums in different countries, I am very much convinced by the Xicato Artist Series module.

Three points on the article: