September 24th, 2016 was the Grand Opening of Smithsonian’s National Museum of African American History and Culture in Washington DC. The five-story building has five levels above ground and four more below. The 400,000-square-foot building includes exhibition space, a theater and café, staff offices and an education center.

The museum says that the "signature space" is a water and light-filled memorial area called the Contemplative Court, where visitors are invited to reflect on the stories told within the building. A reflecting pool at the south entry is endowed with a purpose—"calm waters meant to invite all to approach."

Metaphor and profound significance is crafted into the building itself, which offers a number of prismatic angles and viewpoints known as "lenses," or opportunities for visitors to view the White House and the Washington Monument, as well as other locations around the National Mall from unique framed perspectives—"a view of America through the lens of the African American Experience."

The 11 inaugural exhibitions feature some of the 34,000 artifacts, including a railroad passenger car that dates to the Jim Crow era, a shawl worn by Harriet Tubman, a traveling trunk that belonged to the family of the abolitionist William Lloyd Garrison, an airplane used to train Tuskegee airmen, Nat Turner's Bible and hundreds of other rare and rarely seen objects that curators have been steadily collecting since the museum was established. 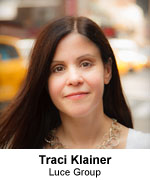